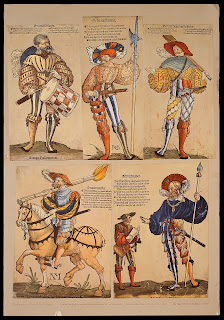 As with any historical period I believe that you really will get a much better feel and understanding for these troops if you do some research first.Take some time to look at contemporary paintings and woodcuts of the period to get a feel for the way the clothing was made along with the dyes available at the time.

To begin, I thoroughly recommend you look up the coloured woodcuts from the workshops of Albrecht Altdorfer and Erhard Schon, the level of detail is astounding and it will give you simple starting points such as the colour and decoration of hats and feathers, typical colour combinations and most importantly an appreciation for the dyes and hues of colour available. For example, Yellow tends to be a more earthy ochre, white a lived in canvas and deep reds with brown and orange variations. 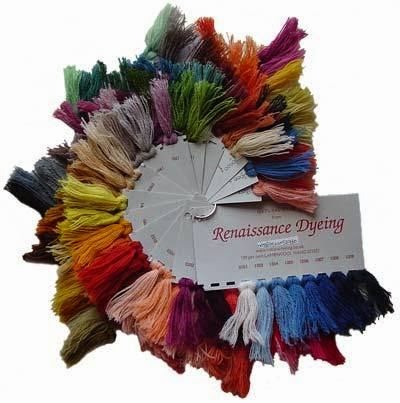 My basic palette is as follows, each number represents a 3 pot colour set from the WF range;

Orange 3   - Good to have, I use the shade colour as a final highlight to Scarlet.

Canvas 8 - a good alternative to white and also looks good to represent the inner lining of clothing and also feathers.

Royal Purple 19   - Rarely used but it beats mixing it.

Blue; I use Deep blue B with a wash of Deep Blue A and a tiny amount of black, I then re-touch in Deep Blue B through to Deep Blue C with Sky Blue B as a final highlight

Black; I use the Granite 31 set with a black wash.

Note; These are a starting point as I use a wash over all of the shade colours then build it up from there. This gives the figures a lived-in look and achieves a more earthy tone which I favour. I detail this procedure in the step by step pages. 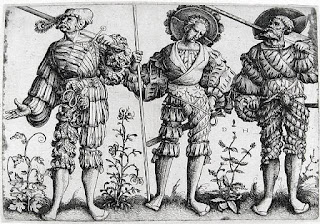 Perhaps the most important aspect one can gain from a study of contemporary images have is that complex stripes and a riot of slashing and colour are not a feature of every Landsknecht, the opposite tends to be true – the more elaborate a soldier’s dress appears the more likely they are to be paid more, as the collection of Erhard Schon woodcuts at the top of this page illustrates in the depiction of a drummer, halberdier, arquebusier, light cavalryman and officer. All of these were usually experienced soldiers and were paid at least double, if you reflect this in your painting these troops will stand out as different – just as they’re meant to be.

Most rank and file soldiers are usually depicted in fairly simple combinations of colour, with one colour predominant or a simple two tone variation.

To complement these simple palettes you could then add further detail in a different colour to the hats, ribbons and inner slashing.

You can then start to experiment with stripes on a leg, arm, one side of the body or the entire figure.

Another fun study is to try emulating a woodcut which can be quite fun though it is rare to find a figure sculpted as a facsimile of a woodcut, there's more on this in the Erhard Schon Case Study post.

Generally certain colour combinations tend to recur, the chart below reflects this and will help you to paint your units, whether just using one or two tones to many;


Begin by selecting a colour from the first column, this will become the anchor, a colour which will be predominant and represented on at least two limbs or one limb and the torso. Now pick a colour from the additional columns to complement it, whether as stripes, ribbons or lining as shown below; 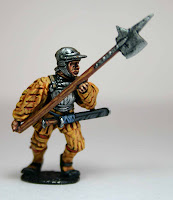 As these examples show, less really is more ! You can stop there and leave it at that, in fact make sure you do so for a few of your men.

If you want to add further colour the remaining colours listed in the columns to the right of your primary colour will work well against what you have already selected; 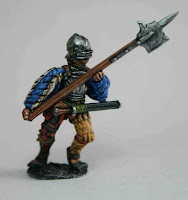 Using this method here's how I painted the figures above; I started painting the fifer with blue as the anchor and then painted the right leg yellow and the left green and red - all of these colours complement each other independently and as a whole.

For the halberdier, again I began with blue as the anchor although to a lesser extent as one arm is striped, the remaining colours all complement each other as above.

Once you've had some experience and gained confidence with your basic palette you could then introduce muted shades of your base colours and apply the same principles as above. So replace white with an off white or light brown, try a blue grey instead of blue or go the other way and opt for a lighter blue.

For red and yellow try tans and ochres. When you're starting just try your new colour on a limb and if you like it you could do a whole outfit. The more variety you try the more 'Landsknecht' your miniatures will look. 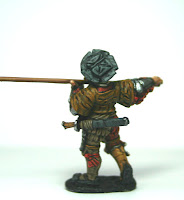 Email ThisBlogThis!Share to TwitterShare to FacebookShare to Pinterest
Labels: Selecting a Palette